Sharing Experience on the Construction of Long Tunnels at Great Depth 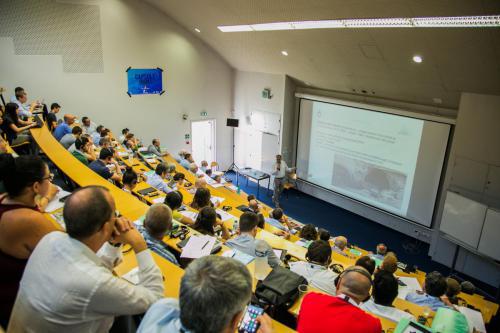 “Sharing Experience on the Construction of Long Tunnels at Great Depth” was the topic of a two-day training session organized by the ITACET Foundation, which took place on June 20th-21st 2018 at the University of Savoie, Le Bourget du Lac, France. This event was organized at the request of TELT (the Lyon –Turin Euralpine Tunnel promoter), which is in charge of the completion of the 65 km long international section of the tunnel, from Saint-Jean-de-Maurienne in France to Susa/Bussoleno in Italy.

The aim of the event was to share international experiences on the complex aspects of excavating  long tunnels at increasingly great depths. The four sessions were respectively focused on the Mont Cenis Base Tunnel project, technical issues surrounding the construction of long and deep tunnels, financial and contractual issues and specific concerns of tunnel owners in projects of this nature.

Case studies included three of the seven base tunnels that are located along the Alpine arc, in addition to examples from much further afield, such as high-speed railway tunnels in South Korea. Question and answer slots enabled the participants to raise specific points with the speakers.

On day 2, two lively round tables on "Contractual issues- how to manage disputes" and "Management of very large projects", respectively chaired by Andrea Pigorini, President of SIG (the Italian Tunnelling Society), and Michel Deffayet, President of AFTES (the French Tunelling Association), encouraged interaction and discussion amongst the speakers.

The event gathered around 100 participants, including the dozen students of the Master's in Tunnelling and Tunnel Boring Machines, run by the Polytechnic University of Turin. TELT started colloration with this university at the end of 2017, the goal being to train a new generation of professionals with the know-how to tackle complex underground projects. "For the students it was a highly positive experience", stated the Master course director, Daniele Peila.

Below left: the speakers of the two-day training session (photos courtesy SIG/TELT) 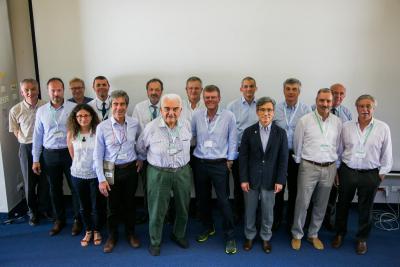 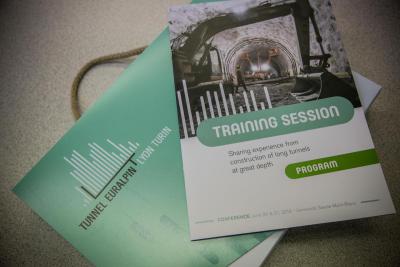